Nuclear power is the most complicated way to boil water for electricity (Albert Einstein), with one of the most complex supply chains in the world.

A nuclear reactor is only part of the fuel-cycle for nuclear power. The process starts with mining. Uranium is mined in different ways, there are underground, open-pit, or in-situ leach mines. 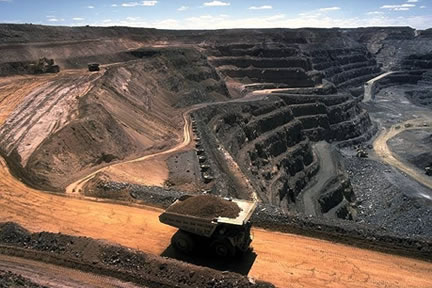 In any case, the uranium ore is extracted, usually converted into a stable and compact form such as yellowcake, and then transported to a processing facility. Here, the yellowcake is converted to uranium hexafluoride, which is then enriched using various techniques. At this point, the enriched uranium, containing more than the natural 0.7 % U-235, is used to make rods of the proper composition and geometry for the particular reactor that the fuel is destined for. The fuel rods will spend about three operational cycles (typically six years total now) inside the reactor, generally until about 3 % of their uranium has been fissioned. Then they will be moved to a spent fuel pool where the short lived isotopes generated by fission can decay away. After about five years in a spent fuel pool the spent fuel is thermally cool enough to handle, and it can be moved to dry storage casks or be reprocessed. Each step requires transport, huge safety provisions, and in each step - even during 'normal operation' - radiation is released and radioactive waste is produced; for which there is no solution. 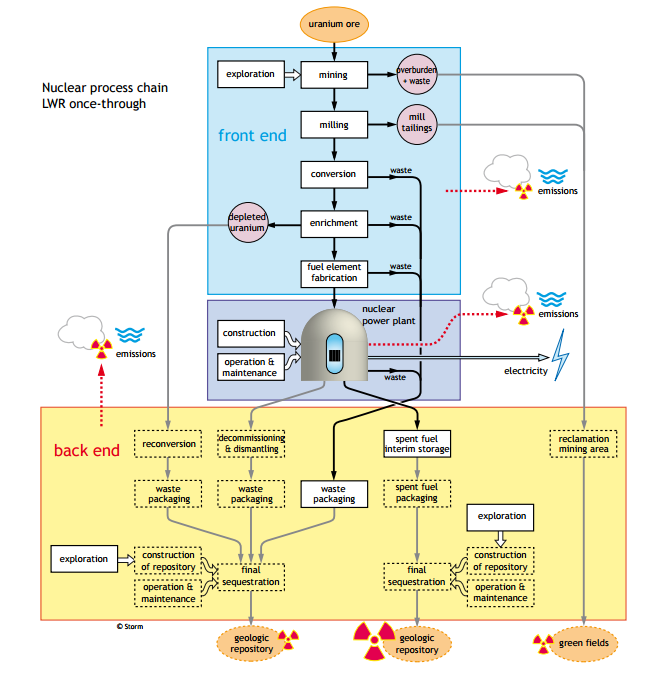 With a small, committed and highly experienced staff we fight nuclear, everyday and everywhere. Support us!