Chernobyl; chronology of a disaster

At 1.23 hr on April 26, 1986, the fourth reactor of the Chernobyl nuclear power plant exploded.
The disaster was a unique industrial accident due to the scale of its social, economic and environmental impacts and longevity. It is estimated that, in Ukraine, Belarus and Russia alone, around 9 million people were directly affected resulting from the fact that the long lived radioactivity released was more than 200 times that of the atomic bombs dropped on Hiroshima and Nagasaki.

Across the former Soviet Union the contamination resulted in evacuation of some 400,000 people. About 200,000 km2 of land was, and is, contaminated by radioactive Caesium-137 above 37,000 Bq/m2 (intervention level). In area terms, about 3,900,000 km2 of Europe was contaminated by caesium-137 (above 4,000 Bq/m2) which is 40% of the surface area of Europe. Curiously, this latter figure does not appear to have been published and, certainly has never reached the public's consciousness in Europe.
This contamination will persist for centuries, and many countries as well as Belarus, Ukraine and Russia will need to continue with food restriction orders for decades to come. The economic consequences of the accident remain a mas-sive burden on the countries most affected; Ukraine and Belarus continue to spend a large percentage of their Gross National Product on trying to deal with the consequences of the accident.

About the health consequences of the Chernobyl accident, much research has been conducted, many reports have been written and still many uncertainties exist. Although official ac-counts points to 4,000 expected cancer deaths from Cherno-byl in Belarus, Ukraine and Russia, the real prediction in IAEA/WHO reports is more than 9,000. Many other studies are expecting a multiple of that number. A 2009 publication that looked to Russian and Ukraine language reports, left out of the official studies, calculate a number of casualties of up to 900,000. The full impact of the Chernobyl disaster may never be known. 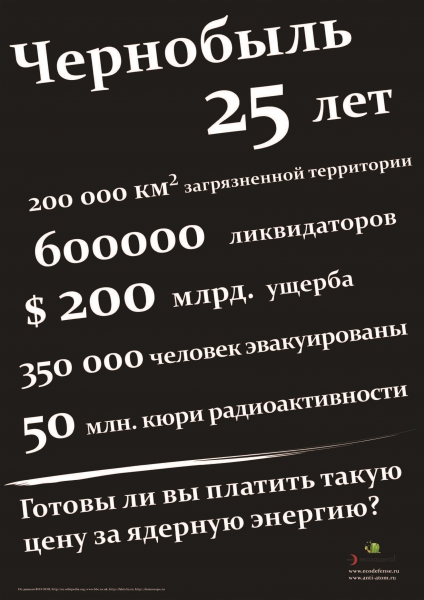